Saturday also so happened to be Remembrance Day, an important day for the commonwealth, not just the students attempting their Dan grading’s.

The day itself kicked off at 10am with the Junior Dan grading starting first. Although free of rain the day itself was cold and fresh, so it was important everyone did a thorough warm up. It was a long day finishing around the 5pm mark.

ALL the students worked very hard and the pass rate was one of the best for a long time with the majority passing.

Congratulations to the following juniors who passed their black belt grading. Tabitha Greenwood 11 years old the youngest at the grading did a great grading on her own, with spirit coming out her ears, she paired up for Kumite with her brother Elliot age 12. 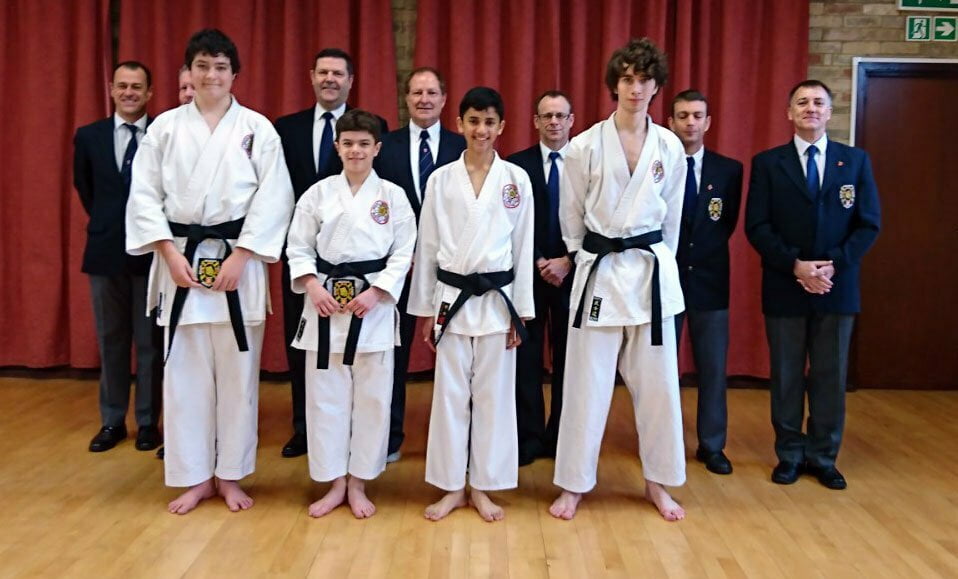 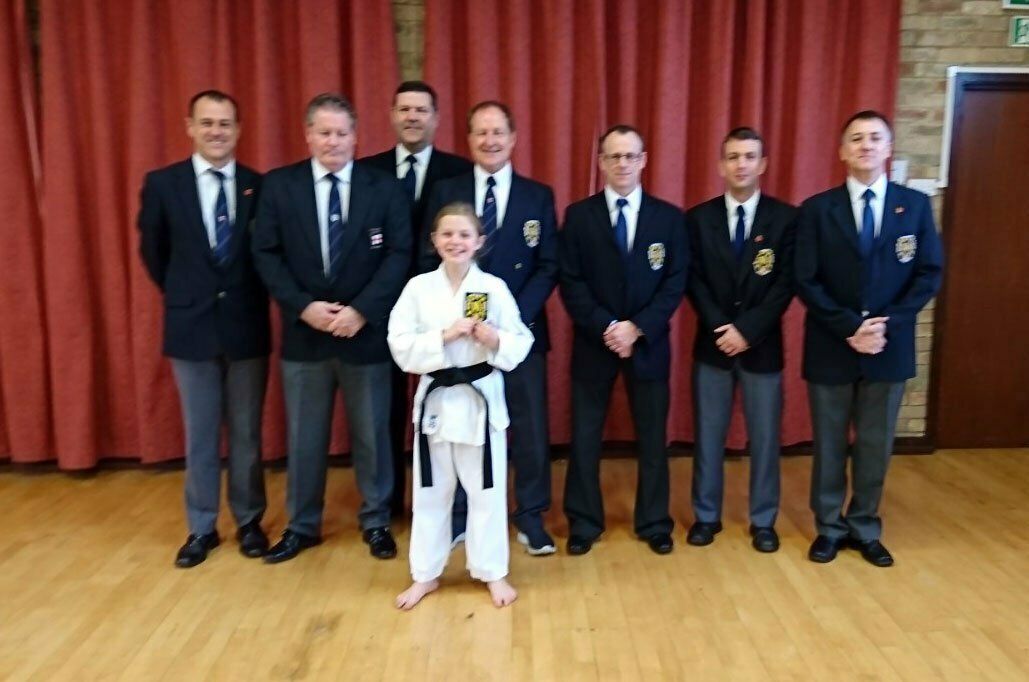 Congratulations to the following Adults who passed their intermediate Dan and black belt grading’s. A great deal of effort was put in by all. By the end, the hall windows had steamed up and blood, sweat and tears given from all participants. 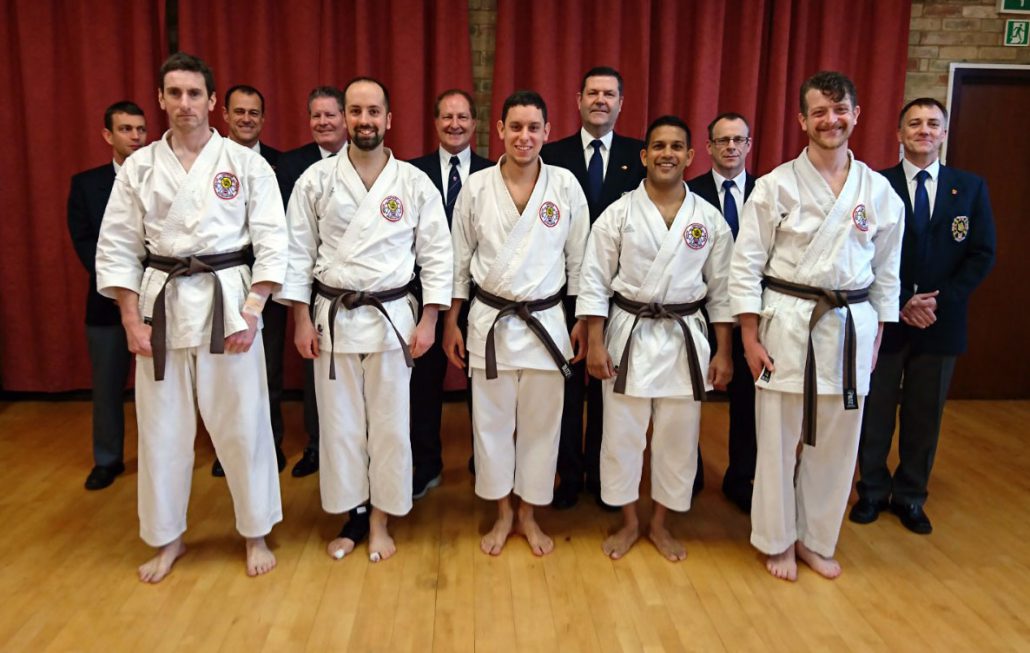 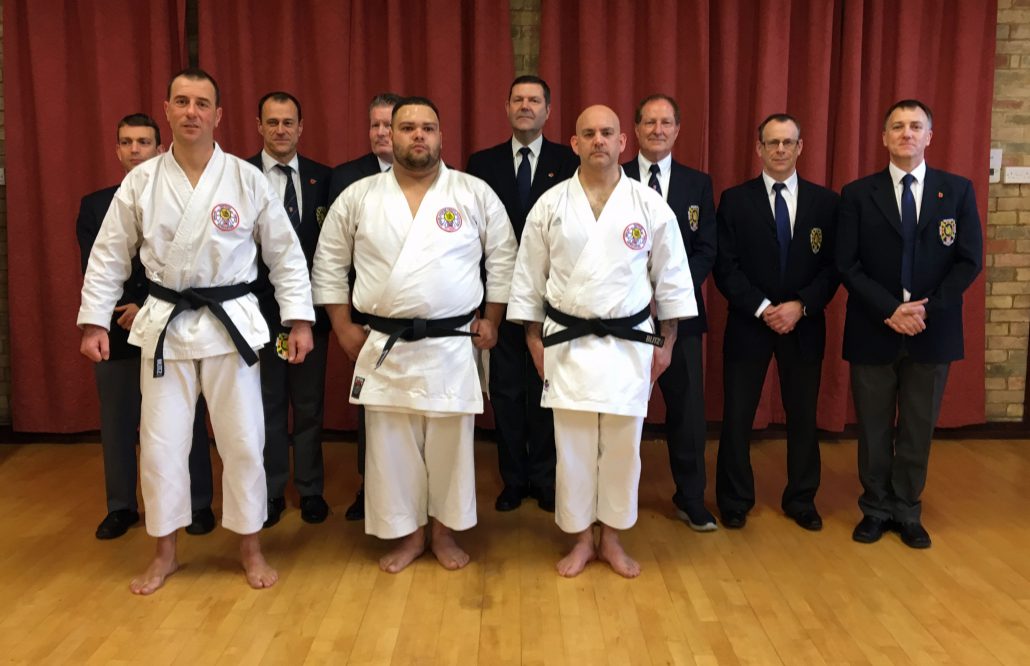 Congratulations to the following Adults who passed their Sandan grading. The last grading you ever do! Starting late they had some time to catch-up, so it was important for all to be on the ball. In ESKA this was our largest amount of students to attempt Sandan in one grading. 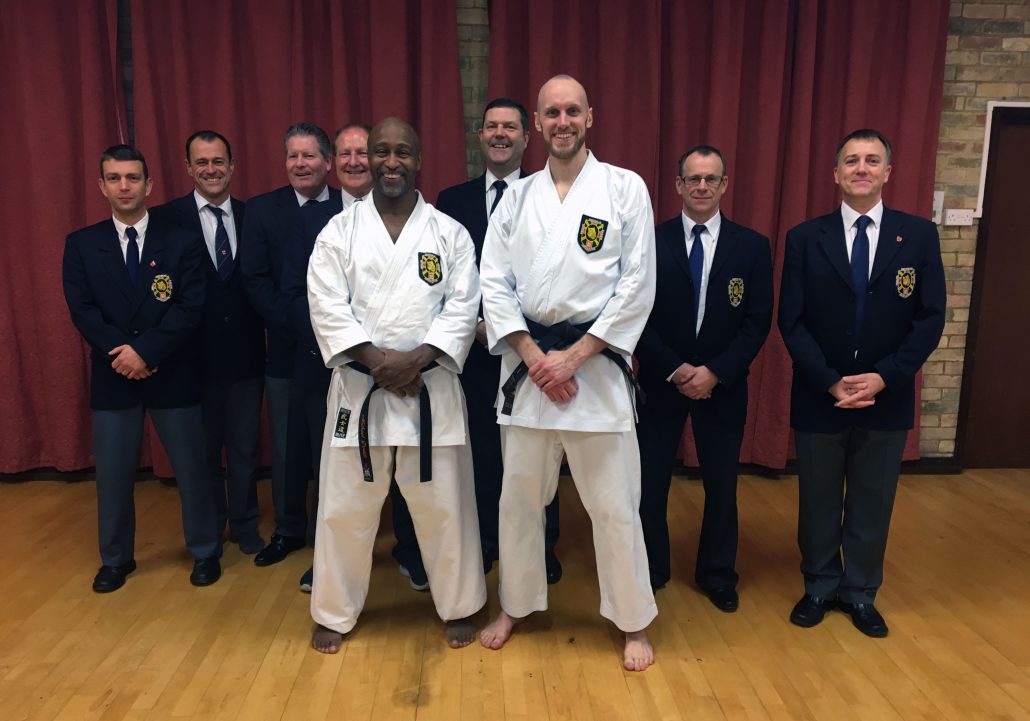 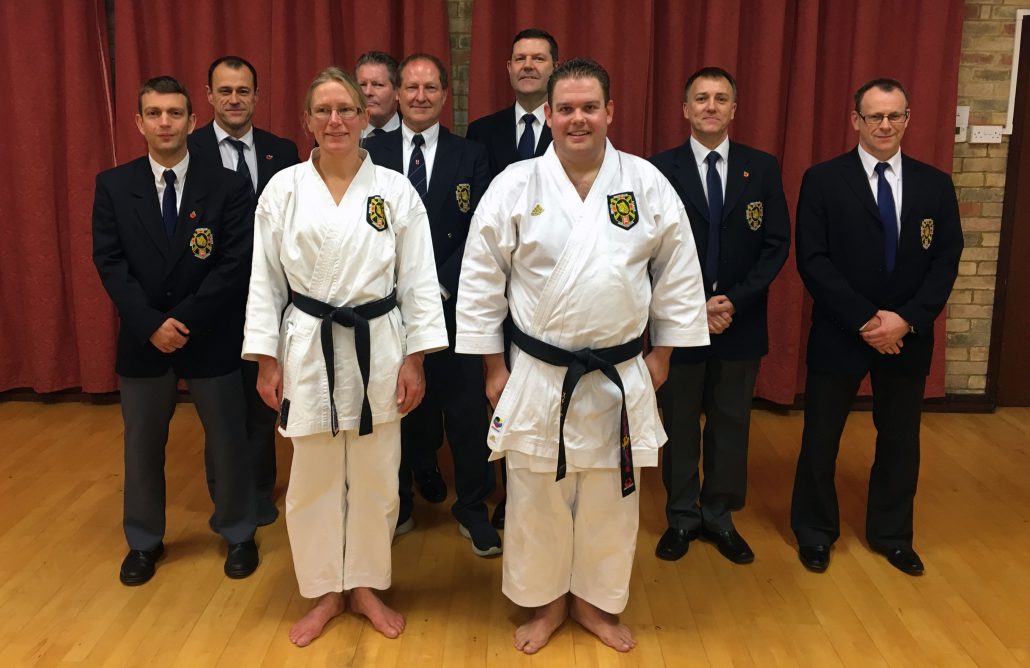