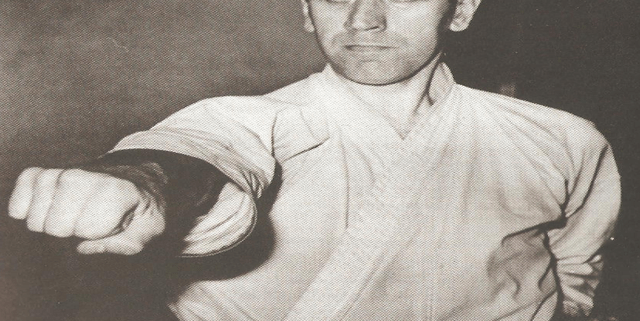 Eddie Whitcher was born in 1941 and had a big interest in Judo. He then started karate and was soon the first person in the UK to obtain his 1st Dan by Sensei Kanazawa in 1966.

He went to Japan for 3 years and then became the first Britain to receive his 3rd Dan from the JKA in 1971. He helped form ESKA in 1979 (joint chief instructor) but then left in 1981 because he was bored with associations. He decided to train alone and died of cancer in 1990 aged only 48.