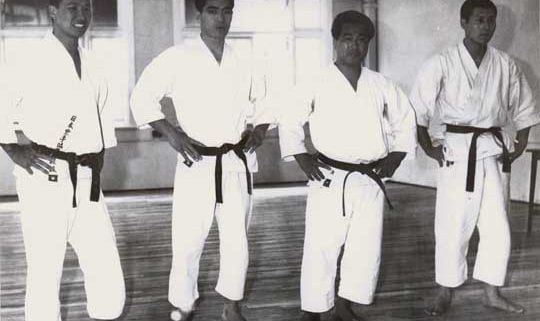 Two men, Kanazawa & Enoeda amoungst others, brought karate to Britain in 1965 with the JKA world Tour team. They spent a long while in Germany before coming to the UK. Karate was already being practiced in Britain (Vernon Bell) but this was not Shotokan Karate.

This was the first ever demonstration and lesson by the JKA instructors, performing Shotokan karate. Kanazawa decided to stay on in Britain and formed the first British Shotokan Association, K.U.G.B (Karate Union of Great Britain) in 1967. A few years later he decided he wanted to return home, so left some of him loyal students to take charge.